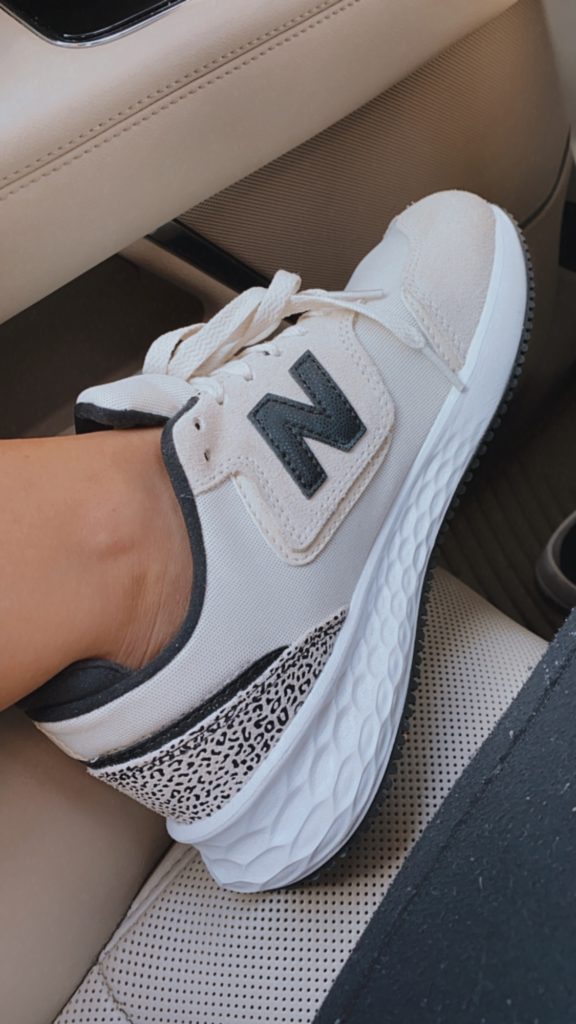 Friday is here! This is the first Friday that actually feels like fall over here thanks to some cooler temperatures and it was so nice to feel a reprieve from the summer heat this past week. We had a ton of rain yesterday and it’s expected to stick around today (the effects of Hurricane Sally...

Friday is here! This is the first Friday that actually feels like fall over here thanks to some cooler temperatures and it was so nice to feel a reprieve from the summer heat this past week. We had a ton of rain yesterday and it’s expected to stick around today (the effects of Hurricane Sally...

Friday is here! This is the first Friday that actually feels like fall over here thanks to some cooler temperatures and it was so nice to feel a reprieve from the summer heat this past week. We had a ton of rain yesterday and it’s expected to stick around today (the effects of Hurricane Sally — I hope those of you on the Gulf Coast are staying safe!) and since I’ve been living in my pajamas for the past two days (I blame the rain and some rough newborn baby nights), I’m hoping to find the motivation to do something fun with my favorite people this weekend. We have a corn maze on our radar and Chase is already talking about it non-stop, so hopefully that will happen on Saturday or Sunday! Do you guys have any fun fall activities on the agenda this weekend?

Before I unplug for the weekend, I wanted to be sure to hop on the computer this morning and share a short list of some of the things that made me smile this week — Things I’m Loving Friday style! As always, feel free to participate and tell me about something you’re loving in the comments section. Have a great weekend, my friends!

I’ve been on the lookout for a pair of sneakers I can wear when I’m running around with the kids that don’t look like I’m about to bust out some burpees. I wanted something comfy and casual but not overly athletic-looking and when I found these New Balance kicks, I immediately added them to my cart! They arrived earlier this week and I absolutely love them. I was initially attracted to the subtle animal-print design on the back of the shoe but the Fresh Foam insoles sold me on the shoes because they’re so incredibly comfortable. Plus, at $60 the price point is decent for a brand new pair of sneakers. 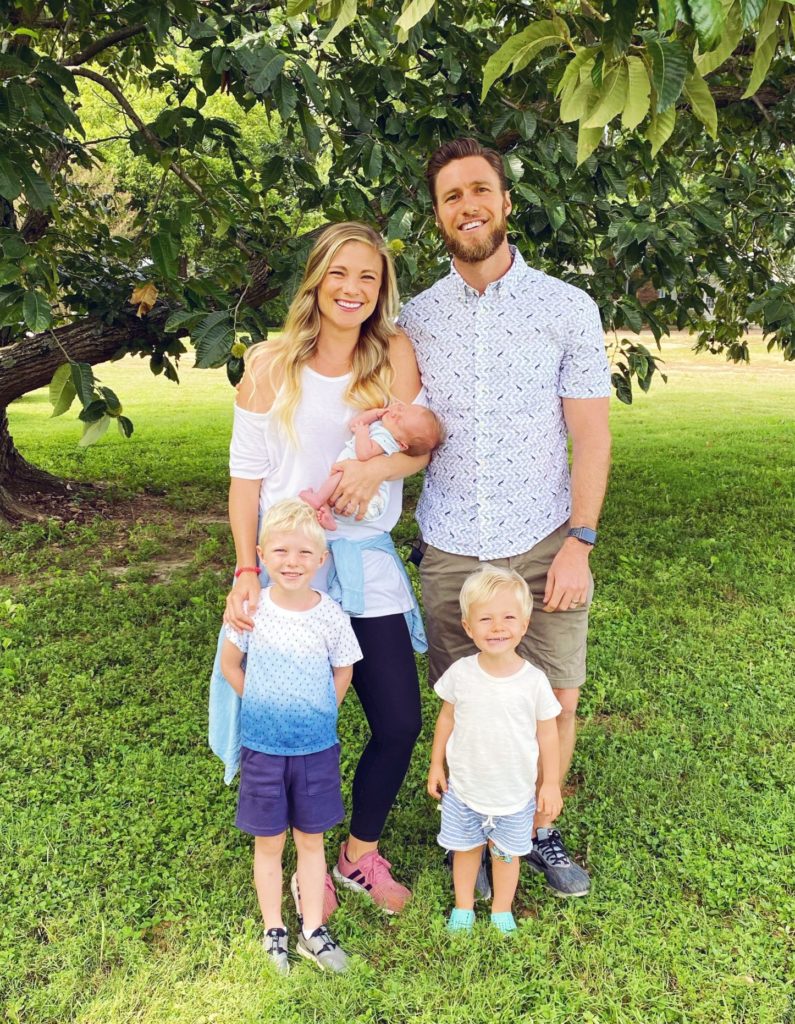 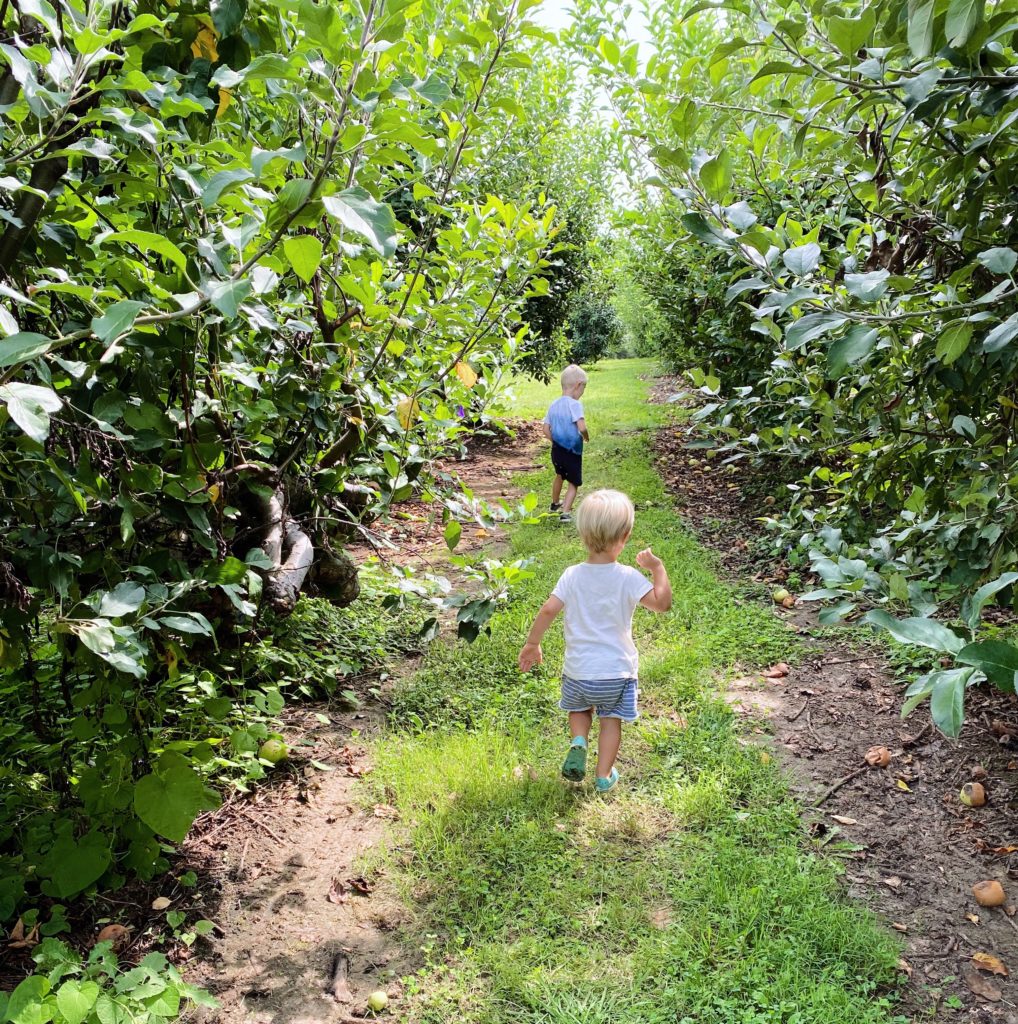 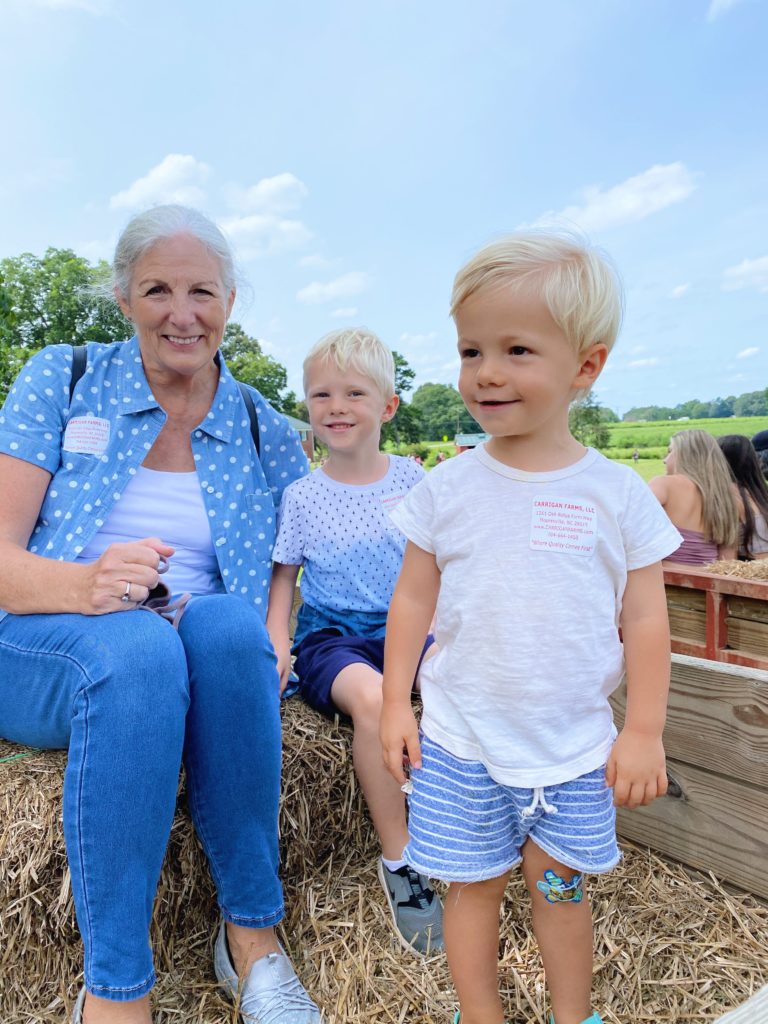 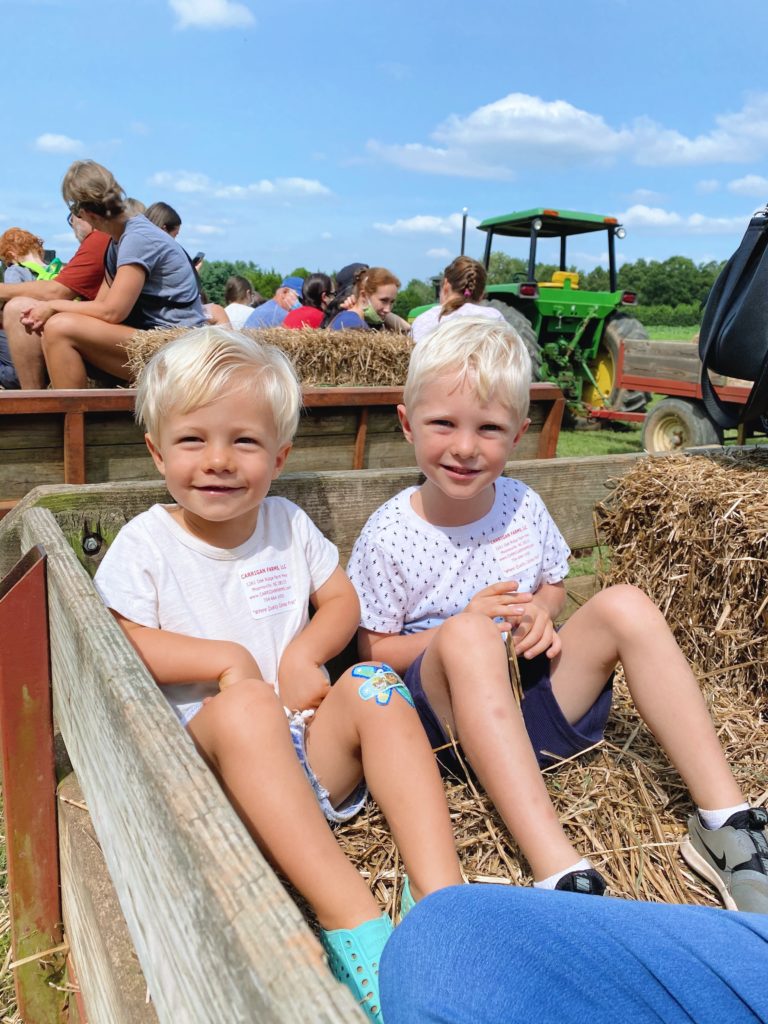 Earlier this week, I caught wind of the fact that the last day for apple picking at the local farm where we usually go to pick apples every year was Wednesday. What!? Every year I forget that apple picking in our area is more or less a late-August/early-September thing but thankfully we were able to quickly claim a reservation for a hay ride to the orchards on the very last day of apple picking season. (There are other orchards still open for apple picking but they’re all mostly 90+ minutes away and this one is much closer for us.) My mom, Ryan, the boys and I headed out for our big adventure for the week and arrived home with bags of apples, perfect for making all the apple things! First up was my oatmeal apple crisp, aka my all-time favorite apple crisp recipe. It’s everything apple crisp should be — crumbly, buttery and sweet and perfect for spooning on top of a bowl of creamy vanilla ice cream. Up next = Jen’s Apple Cinnamon Crumb Muffins! Any other must-try apple recipes I should put on my radar? 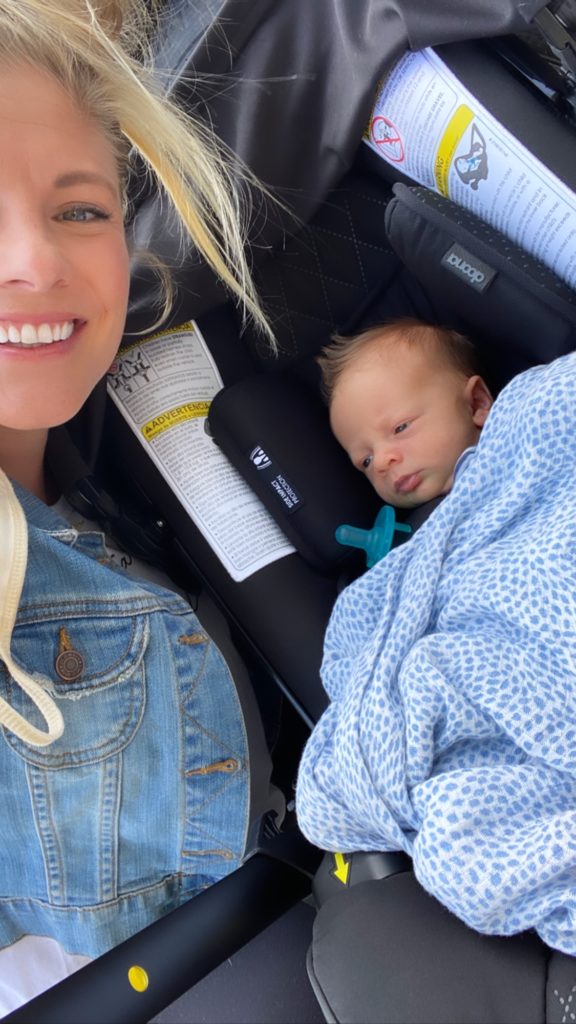 On Tuesday morning, I took Rhett to the pediatrician for his two-week checkup. I was so thrilled to see he’s gaining weight like a champ and is officially over 7 pounds. Rhett LOVES nursing non-stop right now so it was really nice to feel like all of the time I’m spending breastfeeding is paying off as he gains weight and gets bigger by the day. Keep chunking up for us, little man! I also feel incredibly grateful that breastfeeding is going well so far. This is my third rodeo but I always try to go into breastfeeding with an open heart and mind because I know nursing and feeding experiences can vary so much from kid to kid. (Chase’s tongue tie, for example, really made the early days of my first experience with nursing incredibly painful and rather stressful.) I’m counting my blessings that Rhett seems to have a genuine interest in nursing and the fact that this is the third baby I’m nursing gives me more confidence.

Also, while we’re on the subject of baby stuff, I am hoping to eventually put together a postpartum Q&A post like I did after Chase and Ryder were born. Please let me know if you have any specific questions you’d like addressed! And in case you’re interested, here are the Q&As I shared after the births of our oldest two boys: Q&A All About Birth and Life with a New Baby / Postpartum Q&A: Part One / Postpartum Q&A: Part Two 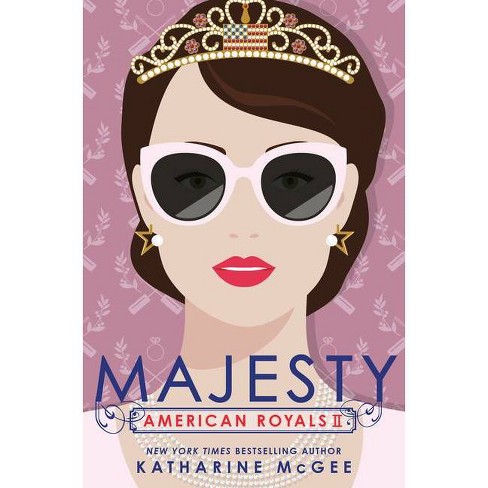 Last fall, I read American Royals by Katharine McGee and loved it but was super annoyed when I finished because it ended on a cliff-hanger and I didn’t realize the sequel was not yet published. You better believe I instantly downloaded the sequel to my Kindle and began reading it once I saw it was released! Majesty was similar to American Royals in that it gave me Gossip Girl vibes but with a little more depth and creativity. Both books follow the royal family of America and two women close to the royal family, Nina Gonzalez, the ex-girlfriend of the prince and best friend of his twin sister, and Daphne Deighton, the prince’s on-again-off-again girlfriend who is determined to become a princess at whatever cost. Majesty picks up right where American Royals left off — I don’t want to give too much away because it would be really easy to spoil the first book if I share too much — and is a great book to read if you’re looking for a novel that feels like you’re sitting down on the couch to watch a favorite high school drama television show that isn’t a total cheese-fest. Very entertaining! 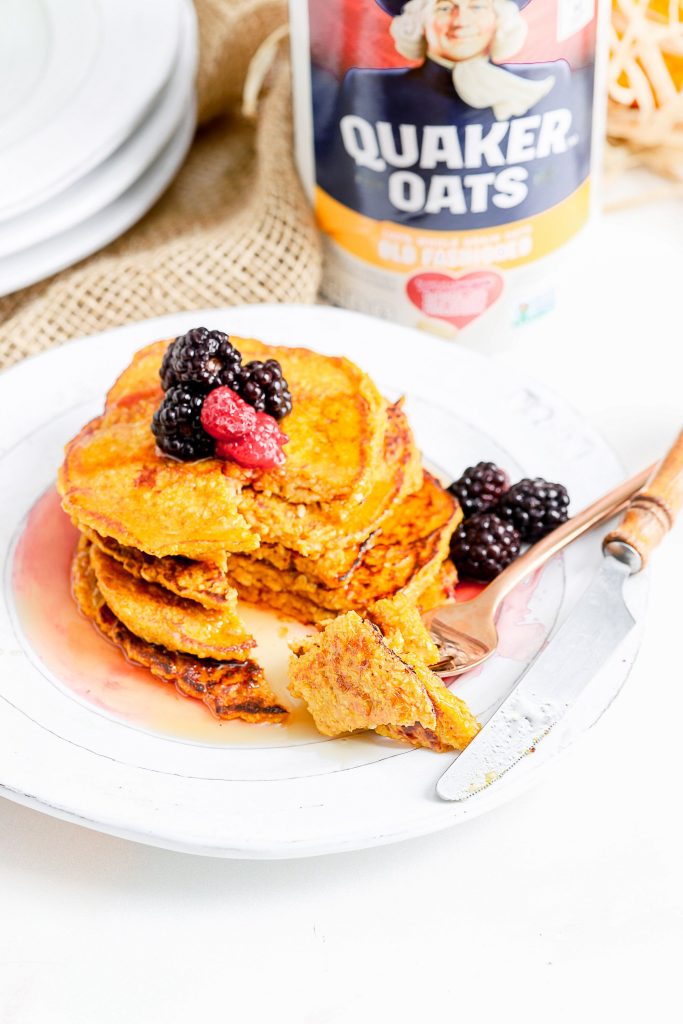 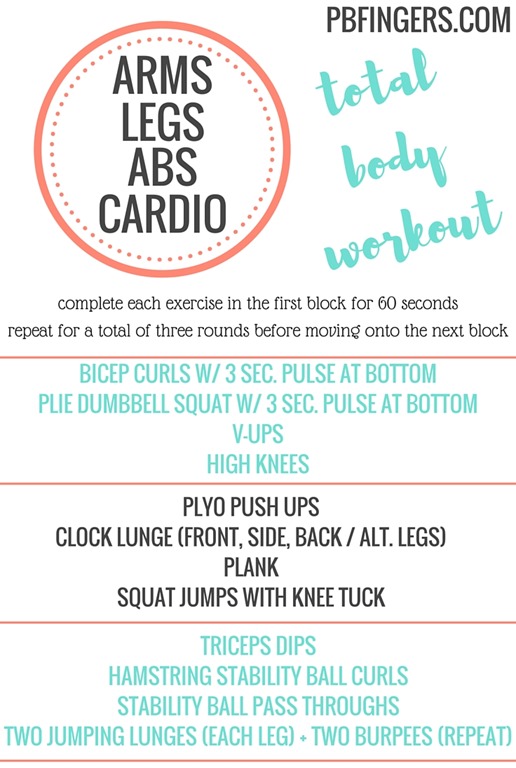 Questions of the Day

Any must-make apple recipes I should put on my radar?

Do you have any fun fall activities on the calendar for this weekend?

What is one thing that made you happy this week?